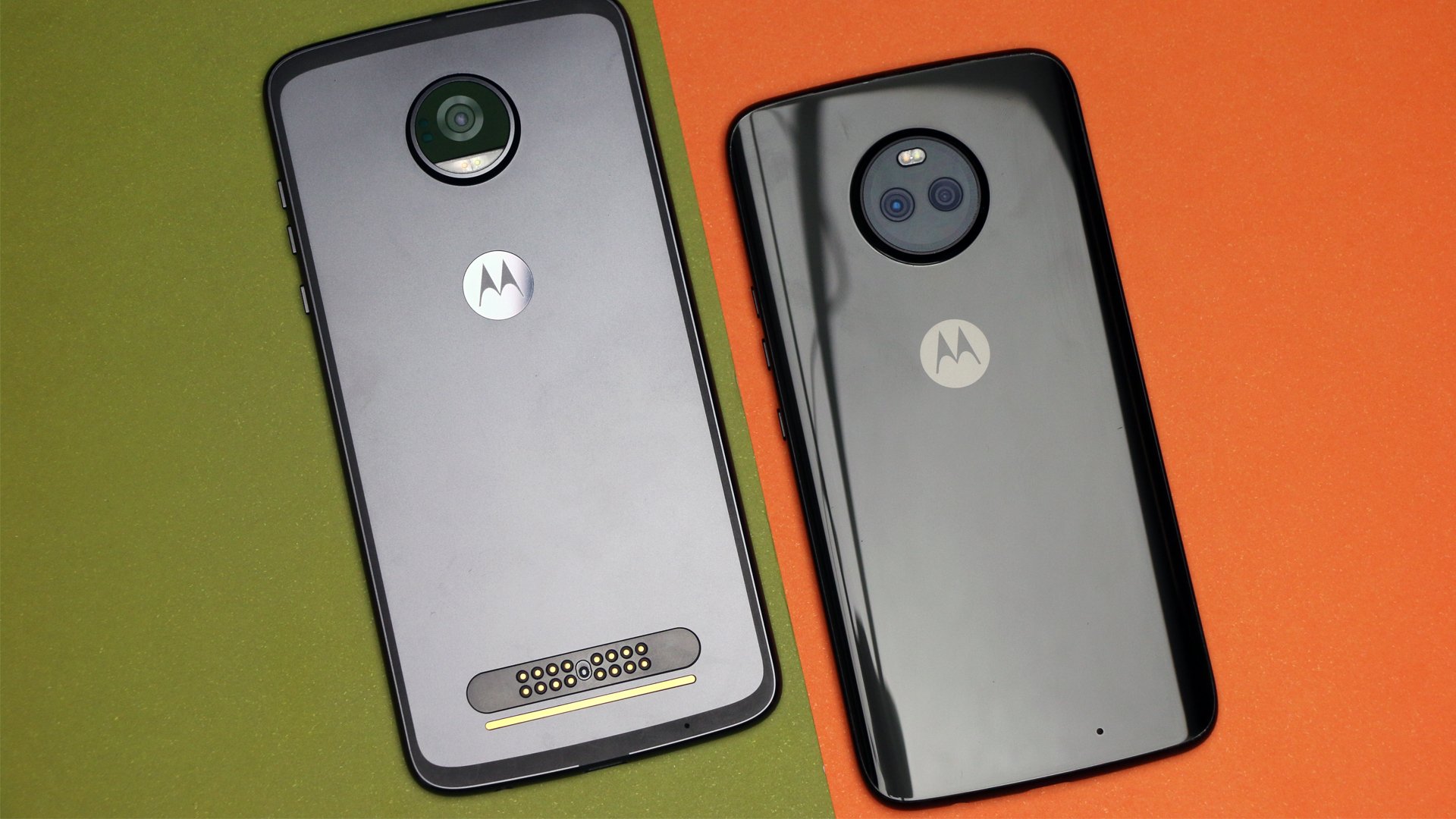 This year Motorola decided to expand its line of smartphones, and now it has so many devices that they’re starting to compete with each other. This is the case with the Moto Z2 Play and the more recently launched, Moto X4, both of which are about $400. But what are the pros and cons of each device when compared to each other? Let’s take a look.

Both phones come with Android Nougat and are projected to update to Oreo in the future. Motorola still has one of the purest Android experiences on the market even if in the past few years, they’ve added more apps and changed the interface a bit, especially the icons. There’s not much difference between the two, but the Moto X4 has a slight edge with a couple decent features that Motorola created for especially for it.

Among those is one app that Motorola calls Moto Experience and it gives users the ability to connect their smartphone with up to four Bluetooth devices simultaneously. There’s also a quick screenshot feature which lets you take a picture of the screen by pressing on the display with three fingers at the same time. And lastly, Moto Key, where you can unlock password protected sites, for your phone or laptop, just by touching the multi-functional fingerprint reader. It’s not a massive advantage, but it still sets the Moto X4 apart from the Moto Z2 Play.

The display is one of the most significant differences between these two devices. The Moto Z2 Play has a Super AMOLED display while the X4 comes with an IPS LCD display. The screen on the Moto Z2 Play is 5.5 inches, and the Moto X4’s is 5.2 inches. As for resolution, both come with 1,080 x 1,920 Full HD resolution, with a 16:9 aspect ratio. As we all know though, AMOLED displays offer much better brightness than IPS LCDs. 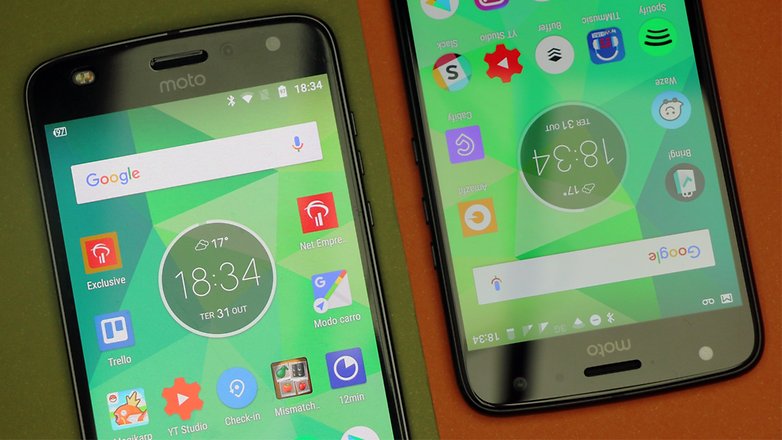 AMOLED or IPS, which do you prefer?/ © AndrdoiPIT

This is one aspect that the Moto X4 might have a slight edge when compared to the Moto Z2 Play, considering it has a dual camera. The rear camera on the Moto Z2 Play does have a few exciting pieces of tech, though: dual autofocus pixels and laser focus, which can reach up to three times as far as the last generation, capturing images at up to 5 meters away. The 5 MP front camera comes with an 85 degree open angle and dual flash with color balancing. 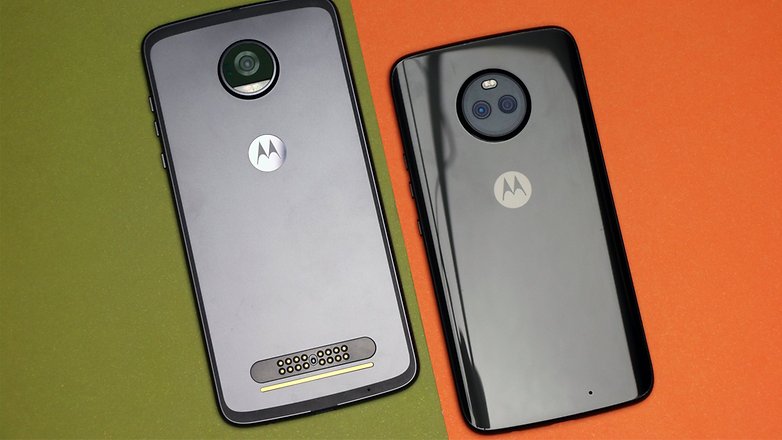 On the other hand, the Moto X4 comes with a smart dual camera on the back, with advanced features such as selective focus, color highlighting, object recognition, all in addition to panoramic selfies with a 16 MP front camera. Among the upgrades that the camera’s software has received is Landmark and Object Recognition, which displays information about the objects that are being shot and shown on the screen.

You can even quickly scan business cards and add them to your contacts. Another sweet feature is the animations and graphic effects, which let you add a layer of design to photos or videos using augmented reality. This is something we’ve seen on other phones from the brand, but it’s still impressive.

The software of the dual rear camera lets you blur the background, similar to that Bokeh-type effect, choose black and white for the first or second plane of the image, or you can even change the background entirely as we saw with the Moto G5S and Moto G5 Plus.

Another update on the Moto X4 is the color highlighting, where you can enhance one of the colors within the photo, leaving the rest black and white. Plus, the camera on the Moto X4 also has dual autofocus pixels for quickly focusing in low-light situations. If the back camera isn’t enough to win you over, then maybe the 16 MP front camera will do the job. 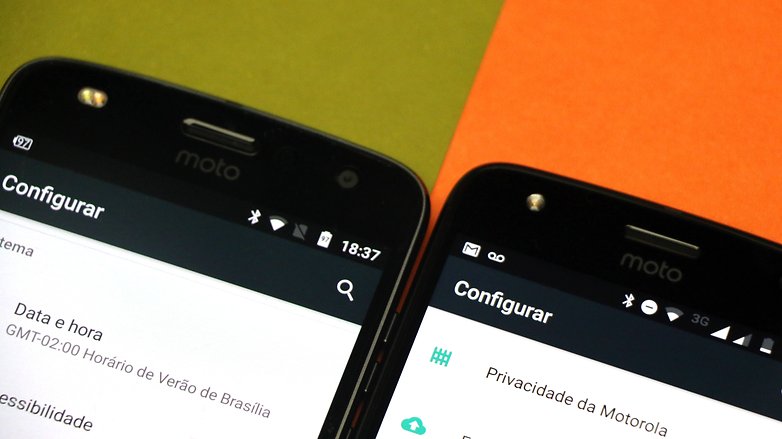 The Moto X4 has a dual camera. / © AndroidPIT

There really isn’t much to say here about the battery. In the end, they both come with a 3,000 mAh battery equipped with TurboPower, which gives you up to six hours of use from only a 15-minute charge.

This might just be the Moto Z2 Play’s secret weapon against the Moto X4, only if you want to spend more money buying mods that is. You’ll only be able to find specific battery and camera accessories for the Moto Z2 Play. You could even get a speaker or portable projector. 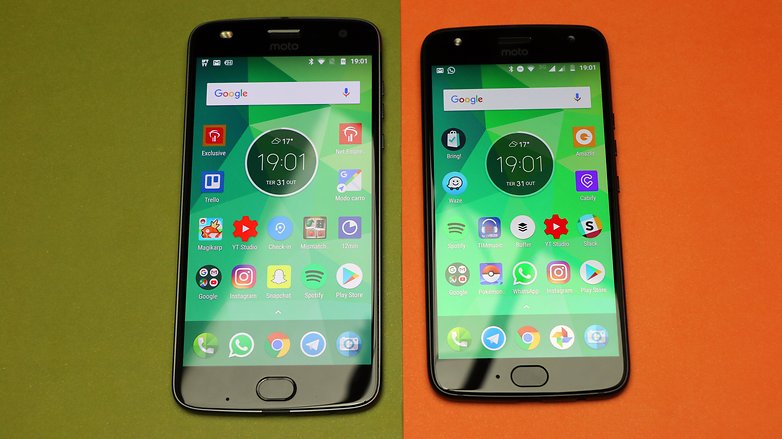 If you’re worried about having enough storage space on your phone, that’s something that gives the Moto Z2 Play a slight edge. Honestly, the Moto Z2 Play seems to be ahead in almost every category, unless you’re looking for a dual camera and a few new software features. You should probably go with the more recent launch.

Now it’s your turn, which would you choose? Moto Z2 Play or the Moto X4? 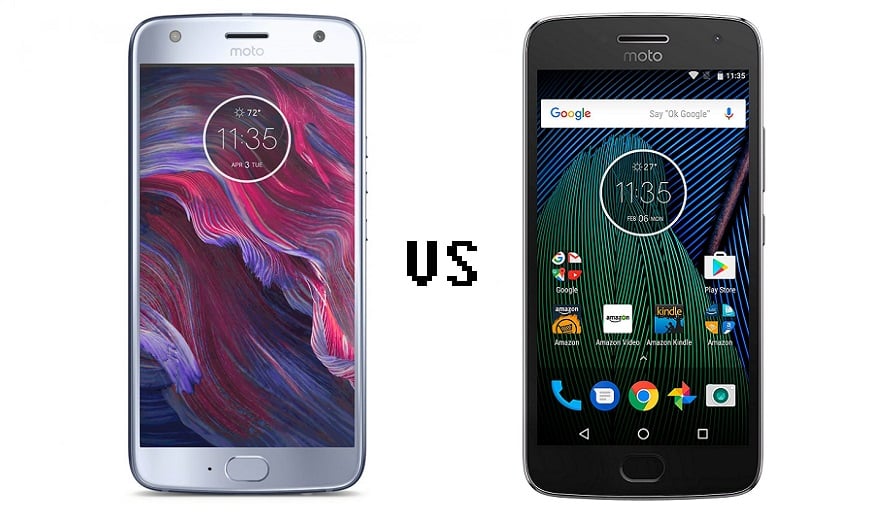 At IFA 2017, Motorola unveiled the Moto X4 handset – the latest addition to its middle-range portfolio. Motorola already has a few mid-rangers on the market including the Moto G5, G5 Plus and G5S, G5S Plus models.

In what follows we’ll compare the newly launched Moto X4 with the Moto G5 Plus, a product that is already available for purchase in the US. So let’s see what the main differences between the two models are: 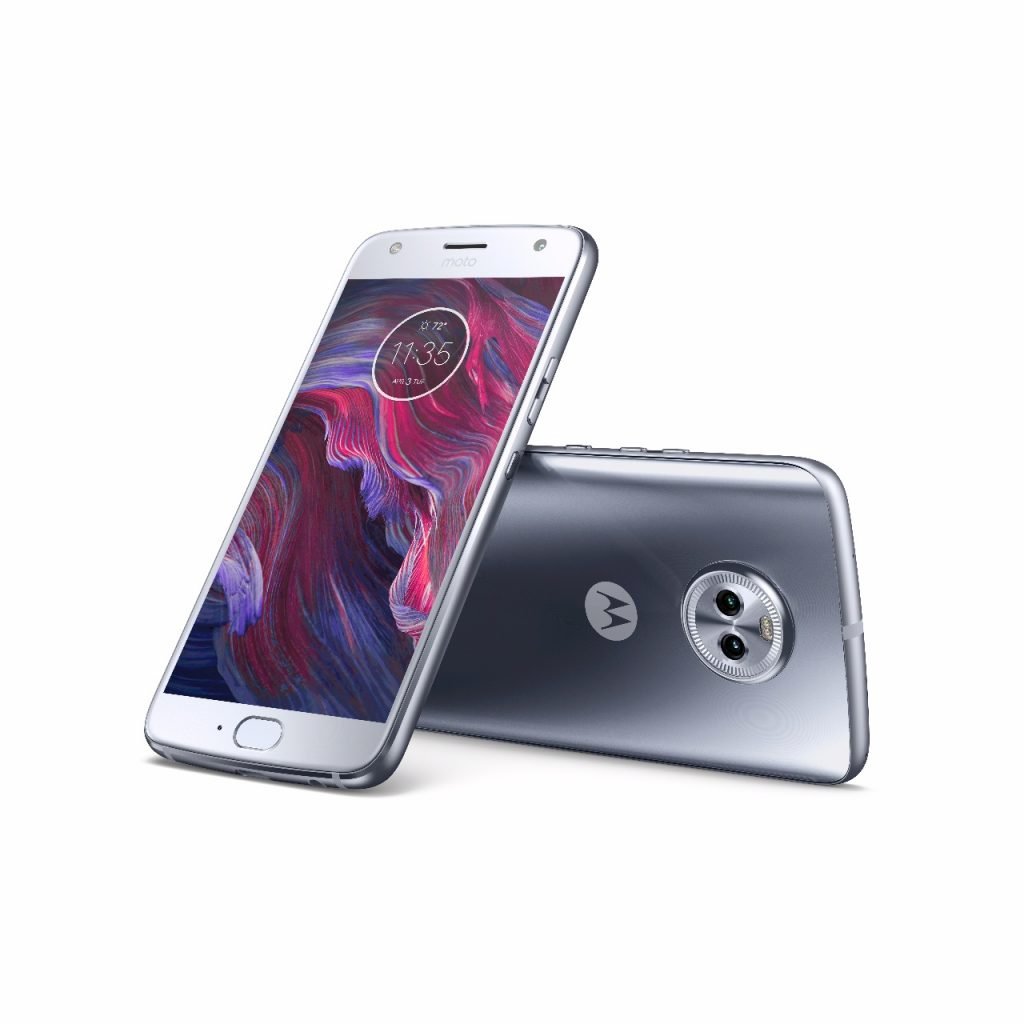 The new Moto X4 comes with an anodized aluminum frame with IP68 protection against dust and water. The body is made of 3D contoured glass, unlike that of the Moto G5 Plus which comes with a backplate made of aluminum, while its core frame is made out of plastic. 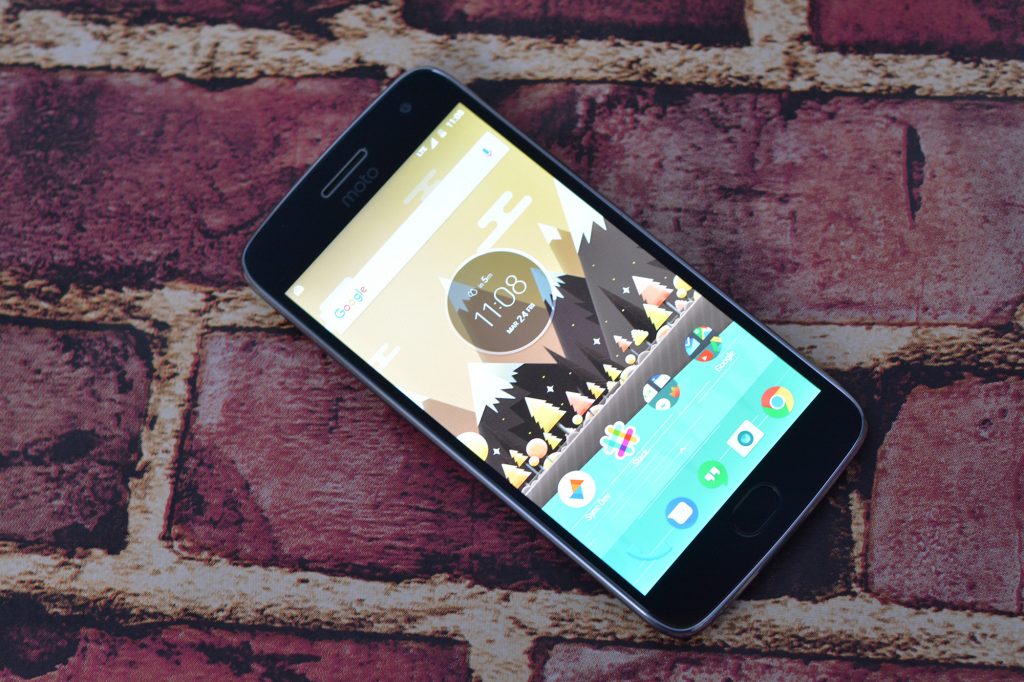 In both cases, below the display sits a physical home button which also acts as a fingerprint scanner. But the scanner can be used for more than the obvious. You can also swipe left on your fingerprint scanner to go back or swipe right to open recent apps or tap to go to home screen.

Form factor-wise the two smartphones are the same, as both come boasting a 5.2-inch fullHD IPS LCD display with 424ppi. 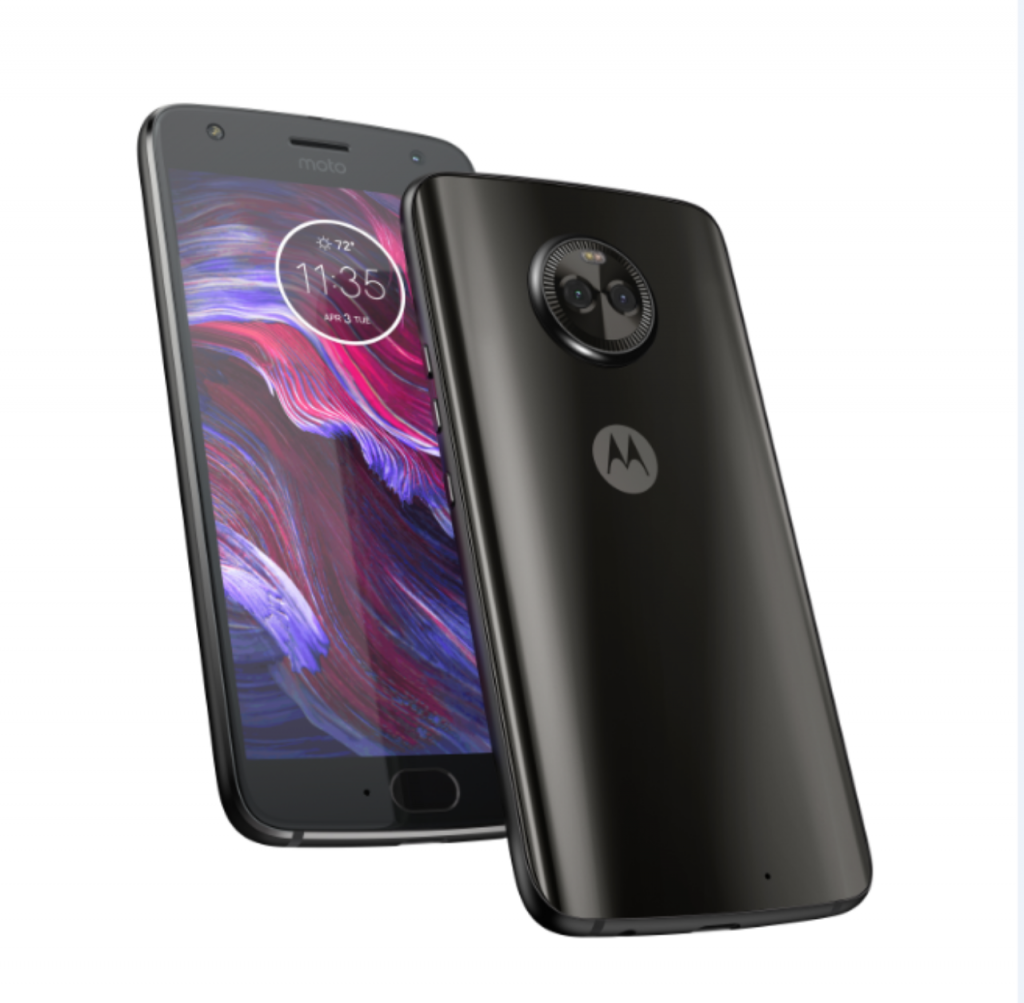 Being a newer device, the Moto X4 takes advantage of a Snapdragon 630 processor – which is an octa-core affair made up of eight 2.2GHz Cortex-A53 cores. It also includes 3GB/4GB of RAM and 32GB/64GB of storage (with microSD support for up to 2TB).

In contrast, the Moto G5 Plus takes advantage of an older Snapdragon 625 (octa-core SoC clocked at 2.2GHz) with either 2GB/4GB of RAM and 32GB/64GB of storage (microSD available). 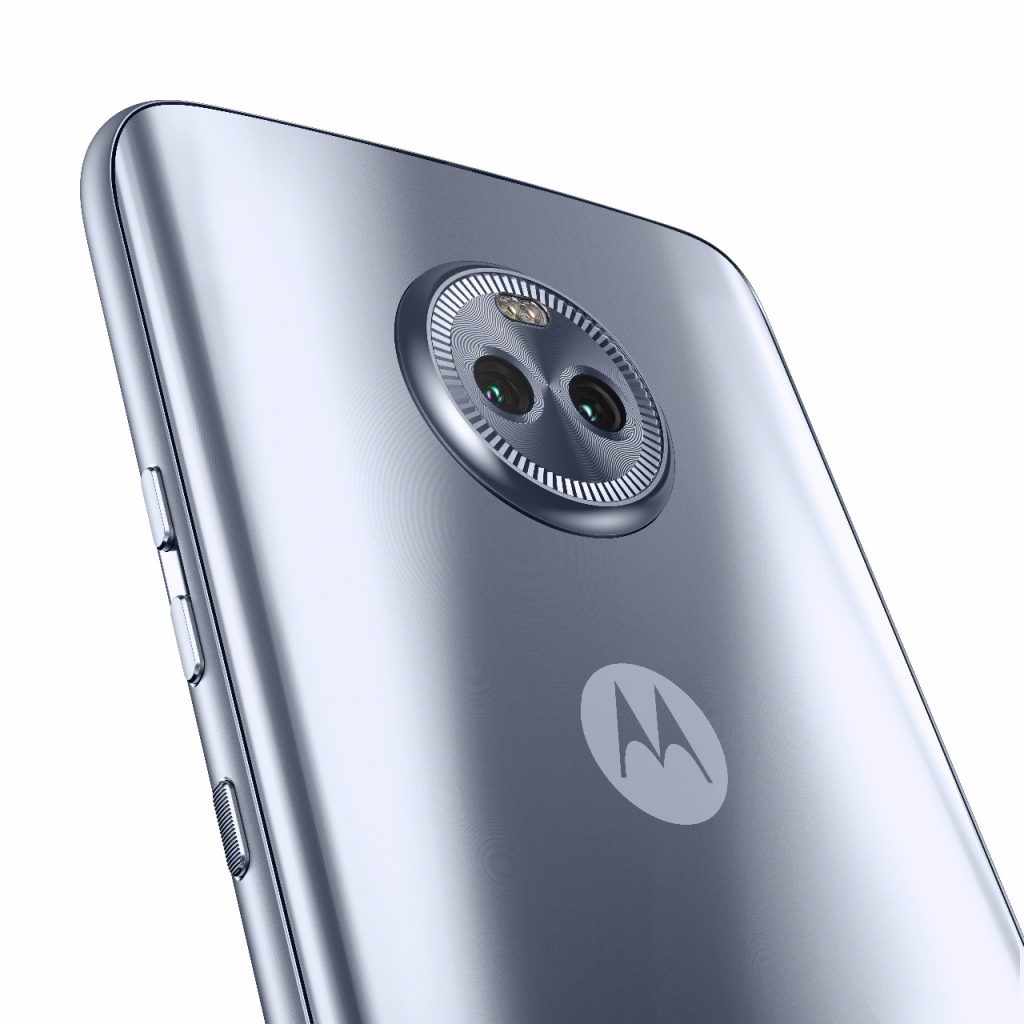 Unlike the Moto G5 Plus, the Moto X4 follows this year’s trend and includes a dual-camera onboard. Working in concert with Motorola’s advanced camera software, the two 12-megapixel with f/2.0 and 8-megapixel with f/2.2 sensors are expected to be able to deliver professional portraits and blurred backgrounds (bokeh). 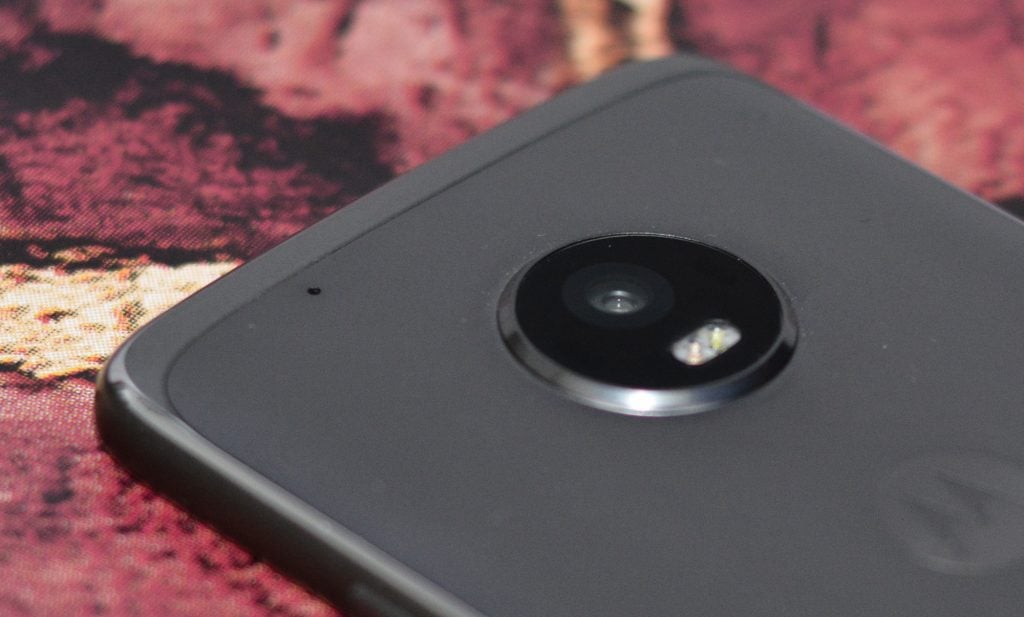 Moving on to the Moto G5 Plus, its main camera consists of a singular 12-megapixel sensor with f/1.7, autofocus and dual-LED flash. The self-portrait shooter is far less impressive as it’s only a 5-megapixel one with f/2.2. 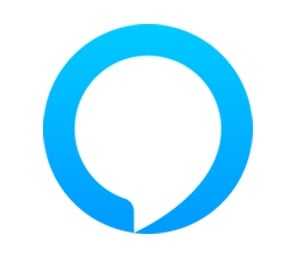 Motorola has included a few new features which it hopes will boost the appeal of the new Moto X4. For example, there’s Amazon Alexa support built-in.

On top of that, Motorola has added something called “Landmark Detection” which allows users to point the camera at items to find more about them. There’s also a new Face Filters for selfies.

The US company also worked with French start-up Tempow to improve the Bluetooth experience with the new phone. As a result of the partnership, Moto X4 owners will be able to pair up to four audio devices to the phone including speakers, headphones and more.

Software-wise, the older Moto G5 Plus ships out with Android 7.0 Nougat, while the new Moto X4 has the newer Android 7.1.1 Nougat version. Both look pretty stock, as it’s tradition with Motorola. 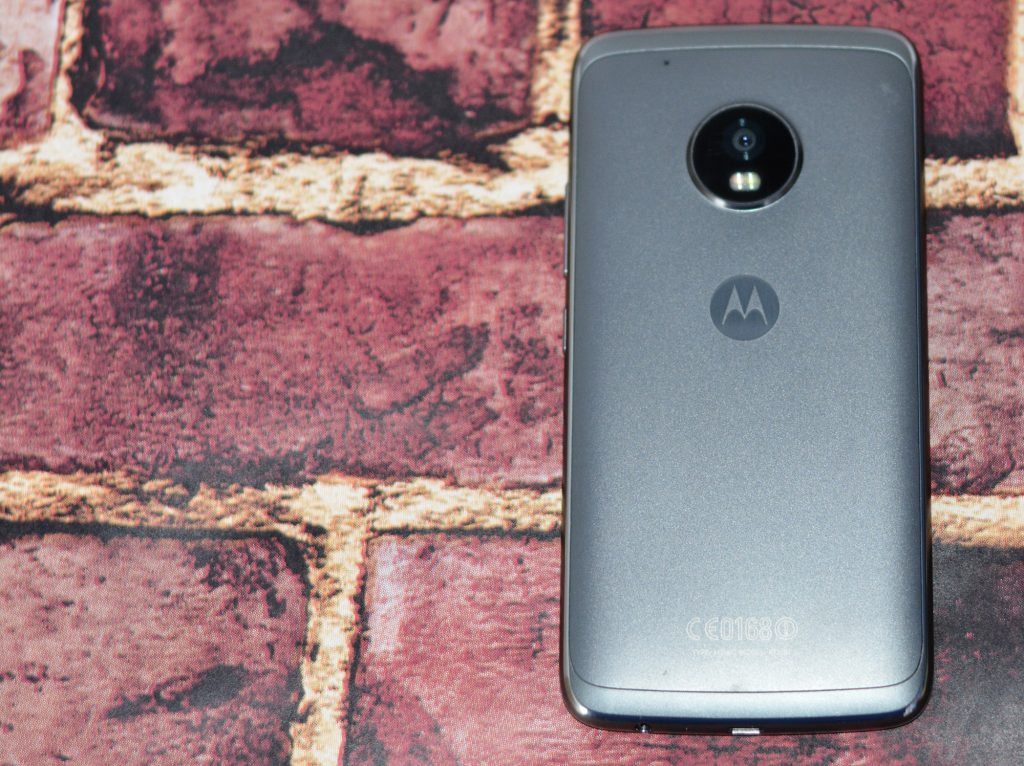 Both models rely on a non-removable 3,000 mAh battery. This is what we found in our Moto G5 Plus review and we expect results to be similar in the case of the Moto X4.

“Six hours of on screen time comes easy. Two days of regular use comes easy. I’ve had this phone for seven days and I’ve charged it three times.”

The Moto X4 will retail for around $480 which is not exactly super cheap. The Moto G5 Plus on the other hand is a true budget affair and you can pick it up starting at $229 for the 2GB of RAM+32GB storage version.

But if you want a dual-camera, Alexa and the option of pairing up to four audio devices to your phone, you might want to save up and buy the Moto X4. It will become available in the States later this autumn.