❤ How to Stop Spam Calls on iPhone with Silence Unknown Callers 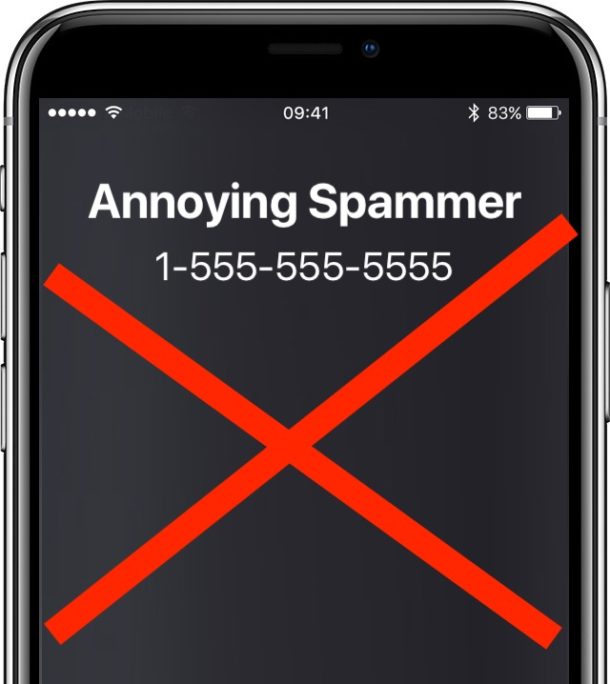 Tired of your iPhone getting constant spam calls and junk calls? For many of us, a steady stream of spam calls plague our cell phones, and while you can block the phone numbers the call spammers are always a step ahead and typically use different phone numbers for each new spam call, making it a challenge to be on top of.

How to Enable “Silence Unknown Callers” on iPhone

Once this feature is turned on, your iPhone will no longer ring aloud or vibrate when an unrecognized caller is calling your phone.

Instead, calls from unknown numbers are automatically silenced and routed to voicemail, and they’ll also appear in the Phone apps “Recents” call list so you can always check to see if you missed an important call.

This is probably fairly obvious, but you should make sure that all the contacts you do want to be able to reach you easily are already added as contacts to your iPhone. You can easily add contacts to iPhone through the Contacts app, where you can add a persons or businesses name, phone number(s), email addresses, and more.

This is a really handy feature if your iPhone is regularly ringing and vibrating from the myriad endless junk and spam calls that many cell phones are plagued with in the USA. We’ve previously covered some workarounds to block unknown and unidentified callers before, but this new system-level feature takes that basic idea and expands it and makes it a bit more intelligent.

This particular “Silence Unknown Callers” feature is available only for iPhone with iOS 13 and later, but earlier models can still use this approach to block unknown callers by using Do Not Disturb and allowing calls only from your contacts to come through.